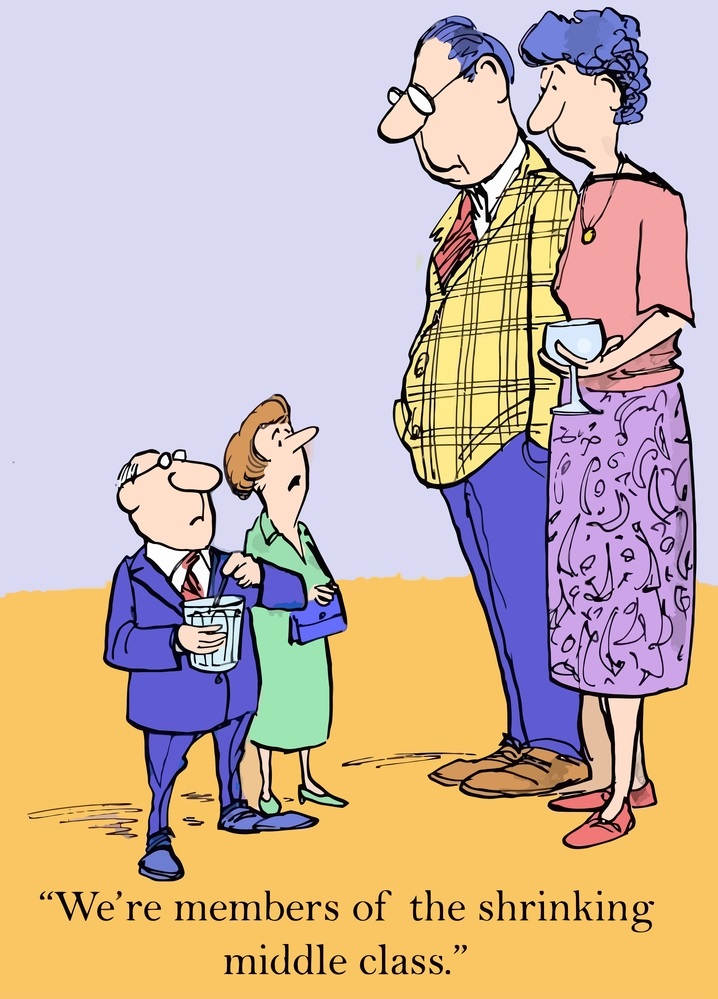 Are You in the Middle-Class?

Pew Research recently came out with its analysis of the middle-class in the U.S. Middle-income households are defined as those with an income that is two-thirds to double the U.S. median household income. In light of the political and media discussions about the shrinking middle-class, some of the results from the study may be surprising. The key findings include:

The question this report doesn't answer is how people view their own income level and class. Although New York has a high cost of living which is taken into account by Pew, many people here still think of themselves as middle-income even though they wouldn't fall into the definition. Despite higher salaries, it can still be a struggle to save money for a house, college for the kids, or retirement. A big problem is that all over the US, more people than ever are finding themselves in serious debt and can't seem to find a way out, which is the topic of our next post.

Are you in the middle-class? If you want to look at where your income level fits in, check out the Pew interactive Income Calculator which lets you plug in your demographic information to find out how you compare to others in your area.